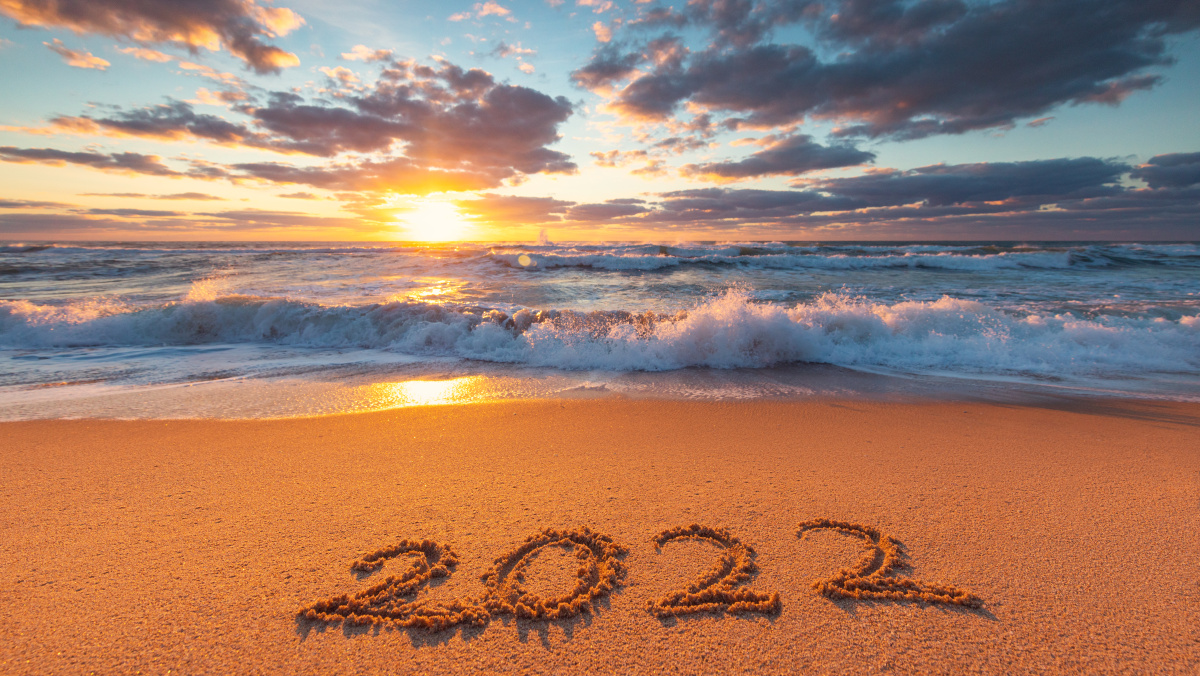 This text is an introduction to the Loyalty Programs Monitor 2022 report. The past 12 months have been a real rollercoaster. Consumers took off their mandatory masks, retailers withdrew Russian-origin products from their ranges, we massively assisted refugees from Ukraine, covid vaccines ceased to be the most sought-after product on the market, inflation shot up sharply, followed by rising interest rates that wreaked havoc on the household budgets of credit-holding households. On top of this, the zloty weakened significantly against major world currencies. The world was full of many unexpected events. Against this background, the market for loyalty programs has continued to develop, as it, after all, does not operate in a vacuum.

The post-pandemic and lockdown world has not returned to the days of “before.” Consumers, despite the absence of daily restrictions, have remained online and do not want to “collect stamps” or carry plastic loyalty cards in their wallets. Organizers have been forced to catch up and adapt to the new reality, and urgently.

On the market news of the last 12 months, some events worth noting are the new loyalty programs being launched, or their mobile applications:

1/ application of the “My Ladybug” program, which has had millions of downloads;

3/ “Samsung Rewards”, a points-based program that rewards activity in the Samsung.co.uk online store;

8/ “Our Daisy” for the Daisy network; 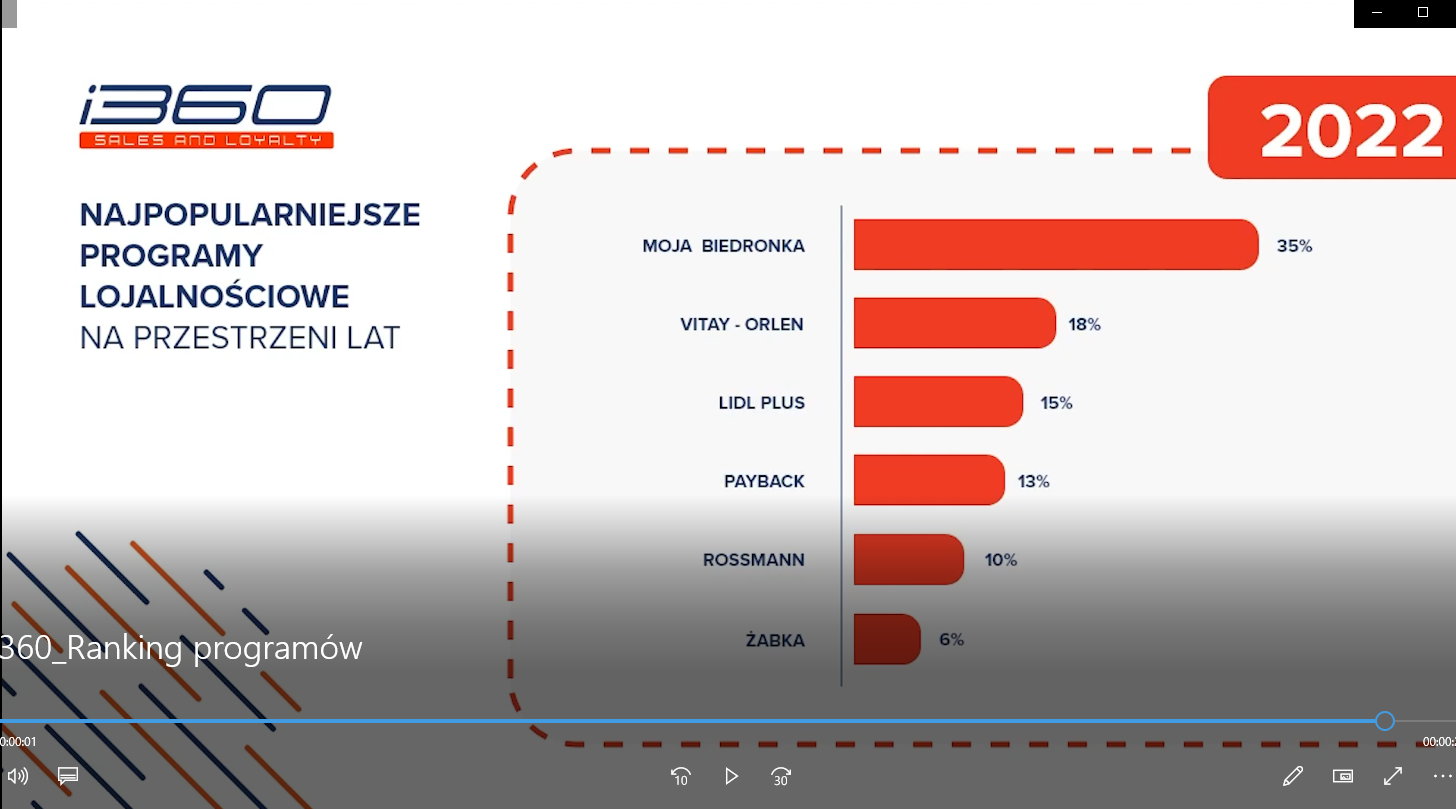 At the same time, the market is no longer functioning as it did:

1/ “FeelGood” as a result of the bankruptcy of the GoSport chain;

2/ “VISA Offers,” which was part of ING Bank’s mobile app;

3/ “Club Orsay” as a result of the liquidation of all of its stores in Poland.

It is worth observing the functioning of the “Lotos Navigator” program in light of the fact that on 1 August 2022, LOTOS Group S.A. became part of ORLEN Group.

At the same time, the market has seen a clear trend in the increasing popularity of programs where the subscription model (e.g., Allegro Smart, Empik Premium or Wizz Discount Club), whose participants are proving to be more committed and loyal, as well as active responses in loyalty programs to current market events – most recently, fuel discounts for participants in their loyalty programs as a response to inflation levels, financial support for Ukraine, etc.

Watch an interview with representatives of ARC Market and Opinion discussing the methodologies and results of the previous wave of the “Loyalty Programs Monitor 2021” survey.

What I learned from the “2022 Loyalty Programs Monitor”

Among the vast amount of data provided by the “Loyalty Programs Monitor” report, which you are just beginning to read, the following phenomena particularly caught my attention:

1/ its place among the most popular programs was regained by Lidl Plus, with a runner-up position in the category of mobile app usage;

2/ In the women’s group, the correlation that the level of participation in loyalty programs decreases with age is well established. The younger the respondent, the higher the participation rate;

5/ 87% of loyalty program participants use their mobile apps (for those with a college degree, the ratio reaches 90%). In addition, as many as 75% of respondents say they take advantage of the app’s ability to pay for purchases;

6/ 53% of respondents report unchanged frequency of use in what the organizer’s offer, should the loyalty program end. Only 6% would definitely change where they shop.

Do it yourself, or unsuccessful attempts at imitation

Loyalty programs have become commonplace and visible at every turn. They are as much a fad as a nuisance, like phone calls from mobile network operators with offers for contract renewals. As a result, actions that have little to do with loyalty are often called “loyalty programs.” For example, Regional Centers for Blood Donation and Hemotherapy, Veritas Group, which is a job broker for caregivers of the elderly, or the Rzeszow School of Law and Administration, have been tempted to organize such “programs.” As is usually the case, the effects of these initiatives form an example of how not to do it. The most vulnerable group to these phenomena appears to be women in the 36-49 age group category, as the percentage of participation in loyalty programs by this group fell by as much as 13 percentage points compared to the previous survey.

After masks were no longer mandatory in public spaces, all loyalty program participants using mobile apps breathed a sigh of relief, as using FaceID to log in became simple again.

The times when the number of plastic cards couldn’t fit our wallets have changed to an overabundance of applications installed on our cell phones. The number of B2C loyalty programs is growing, of which i360 has already identified and monitors nearly 150, with 87% of respondents already declaring use of loyalty program applications. This is a significant increase from a level hovering around 72-74%, which has remained stable for the past few years. In particular, the results show that the higher the level of education, the higher the percentage of app use, which is as high as 90% among those with at least a first degree.

Participants mainly use the apps to check for current promotions and use discount coupons. Of particular interest is the high level of awareness of the wide range of functionalities that mobile apps offer. About 64% of those who use them are aware of the ability to pay for purchases in the app, while ¾ of them say they use this functionality.

And finally, 47% of loyalty program participants say they would use the organizer’s services less often if the loyalty program closed. This value is showing an upward trend for the first time in several years.

A bit of history

Since I have had the distinct pleasure of continuously writing the foreword to the results of the “Loyalty Programs Monitor” since 2010, it’s always at this time of year that I reach back to the results from years ago, looking at what path the loyalty program market has taken for a little more than the last decade. What is particularly puzzling is that the sheer percentage of participation in loyalty programs has not changed that much. In 2010 it was 55%, reaching its minimum of 47% in 2015. At that time, the market’s top10 included Tesco Clubcard, the Dbam o Zdrowie pharmacy program, Premium Club or Era GSM Bonus, among others 😉 Some of them disappeared from the market as a result of the managers’ mistakes, others as a result of the competitive struggle. Some of today’s leaders not only didn’t have a loyalty program then, but didn’t even function in the Polish market.

What has remained constant over the past 13 years, other than the fact that ARC Market and Opinion’s “Loyalty Programs Monitor” report remains the main source of knowledge about loyalty in Poland? First and foremost, the fact that the opportunity to receive a discount or rebate on the purchase of products and services is the dominant benefit behind why Poles participate in loyalty programs. Regardless of whether we greet this fact with the statement that “we have 38.5 million Homo Oeconomicus in the Vistula” or the dismissive “Sorry it’s just our climate,” it is undeniable that the discount nature of loyalty programs dominates the market.

PS What type of rewards did respondents indicate as being the most attractive in the loyalty program 13 years ago? It was… a book. So maybe it would be a good idea to turn off Netflix over the weekend and reach up to the shelf to read, transporting yourself to the world of AD2010. After all, these days, I dread opening the refrigerator lest I get an invitation to join the next program or face a question about whether I’ve already downloaded our program’s app.

1
Skip back to main navigation