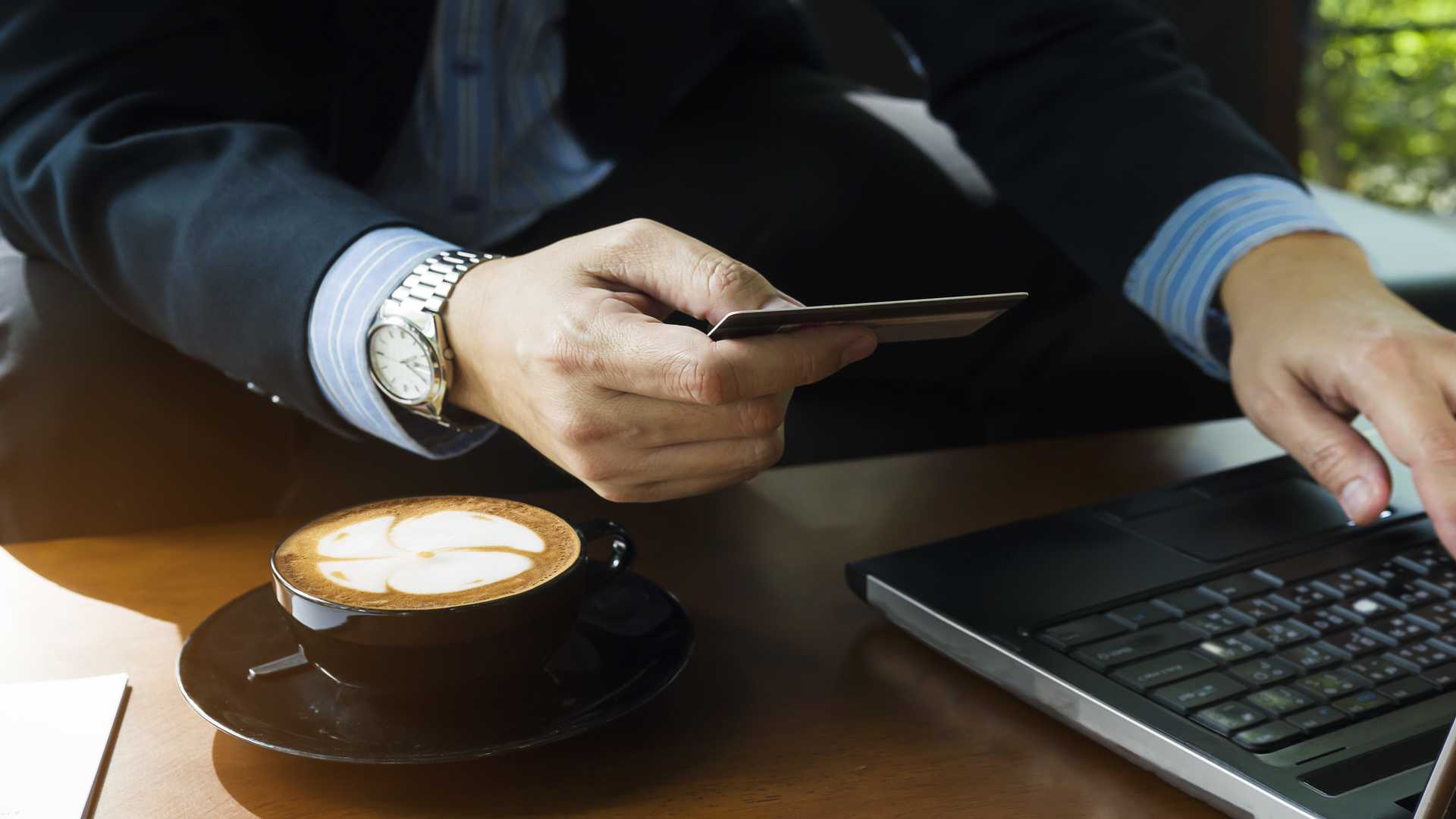 Life abhors a vacuum. Innovators are constantly active on the market, convinced that they will be able to create a global solution allowing for the combination of both off- and online non-network retailing in one common loyalty program.
0

Life abhors a vacuum. Innovators are constantly active on the market, convinced that they will be able to create a global solution allowing for the combination of both off- and online non-network retailing in one common loyalty program. Many have already tried, but no-one has so far managed to create a solution that operates successfully even on one (local) market, let alone globally. Miasto Payback, Freebee, MAM, ZenCard, Qpony, mOkazje, and many other ventures, some of which are just a memory, tried to find the Holy Grail of the loyalty program market by integrating the offline with the online world, permanently connecting network retailers with consumers through mobile applications and technology. Offering in exchange for the wallet, the heart and often the soul of the consumer, various discounts, rebates, points or – increasingly often – money back. The latest such project is wee.com, finalist of The Loyalty Magazine Awards of 2019. The Munich-based entity presents itself as a global solution that combines cashback with a mobile payment system. It even has a website in Polish. Although the video is in German with English dubbing, it is there (the beginnings were never easy!). It promises an immediate return of a portion of the money spent on purchases, billed to the bank account, based on mobile applications using video technology and QR codes as a means of identification. It is worth keeping an eye on it.

Every year in August, research agency, ARC Rynek i Opinia publishes a research report “Monitor Programów Lojalnościowych” [Loyalty Program Monitors] to which I have had the real pleasure of writing the introductory word for years, summarizing market developments in loyalty programs for the last 12 months. So. let us take a look at them, because there were many. At this time:

–    new loyalty ventures based on mobile applications in retail networks have appeared (Lidl Plus, Żappka, Mój SPAR – in place of the program closed in 2018, which was wrongly hailed as the “first victim” of the GDPR, and MediaMarkt Club);

–    PKN Orlen SA, by introducing in the fourth quarter of 2018 “Orlen w Porfelu” [Orlen in your wallet], which it describes itself as a “benefit scheme”, created a completely new category of loyalty undertakings addressed to individual shareholders of the organizer. This action seems to be the first step towards creating a movement similar to that of socios by FC Barcelona, as, in addition to discounts, it also offers knowledge about the functioning of the capital market, endorsed by CFA Society Poland;

–    several mass program organizers have decided to revitalize their existing loyalty programs. The changes are visible in the H&M program and consist in a complete refreshment of the Program page and the mobile application. The new rules of the Program provide for the Premium level of membership, more opportunities to collect points, discount bonuses, free delivery and returns for Premium Members. At the same time, Shell’s Shell ClubSmart program enabled payment with points for fuel, car wash, purchases and products from Shell’s deli offer.

At the same time, the most interesting events and well-established market trends include:

–   digitization of the organizers’ relations with the participants on many levels. I mean, on the one hand, rewarding the very fact of payment through an electronic medium (Blikomania and VISA lotteries), moving away from plastic cards to mobile applications, in line with the increasing rates of their use by participants of loyalty programs (e.g., Żappka, changing the mechanism of running the program in Green Coffee Nero cafes from collecting stamps to a mobile application, consistent with the actions taken by Costa Coffee, or digital membership in the H&M program via the application) or, finally, permanent digitalization of discount coupons, with Carrefour, Orlen, Rossmann and Smyk leading the way;

–    the social role of loyalty programs has grown in importance by enabling participants to allocate the collected points to NGOs of a charitable nature, which was used particularly strongly in communication by the Rossmann network (cooperating with several NGOs), Payback (supporting the Pajacyk children’s nutrition program), or combining assistance to local communities with elements of gameplay, where participants of the Mój Empik program could vote for the schools’ competition entries and contribute to selecting the winner;

–    professionalization of loyalty programs by offering long-awaited benefits which have long been standard on markets more mature than the Polish one, e.g., the possibility to return a product without a receipt, extended return time, keeping the shopping history online, free delivery when ordering online, earlier access to special collections, etc. (see H&M, MediaMarkt, Lidl or Empik loyalty undertakings).


There is an interesting stake in play, as the loyalty program market in Poland counts well over 100 loyalty ventures and involves over half of adult Poles. The actions described above are in line with the expectations of final purchasers, of which we are informed by the latest report of the 9th edition of the “Monitor Programów Lojalnościowych 2019” [Loyalty Program Monitor 2019] by ARC Rynek i Opinia.

We find out from it that:

– 59% of adult Poles declare membership in at least one loyalty program (compared to 62% in the previous research wave in 2018);
–    the percentage of participants described as very active (i.e., those who know their number of points in the program and always try to take advantage of the loyalty offer) has significantly increased and currently stands at 43% (compared to 33% last year);
–    similarly, as many as 17% of respondents declare membership in four or more loyalty programs (compared to 11% last year), with the highest percentage in the group of very active program participants;
–    the leader of the market of loyalty programs (in terms of declared level of participants) is Moja Biedronka; however, Lidl Plus has taken the top ten biggest loyalty programs by storm,
–    the highest growth dynamics are recorded by the loyalty programs Klub Rossmann and CCC Klub (currently the 4th and 5th most popular programs in Poland, respectively),
–    Both programs run by Rossmann (i.e., Rossnę! and Klub Rossmann) are (as in previous years) leaders in evaluation of the quality of the programs, with indications of over 80% satisfaction with participation,
–    the possibility of obtaining a discount, discounts on the purchase of products and services, together with the possibility of paying points for purchases (i.e., benefits of a price nature) have been the two of the most desired benefits for years,
–    the most preferred prizes are discounts and vouchers – importantly – calculated automatically during the transaction without the need to involve participants – which recorded 45% and 41% of indications respectively,
–    already 72% of participants declare the use of the mobile loyalty program application (compared to 60% last year, 53% in 2017 and 38% in 2016). Never in history has this indicator recorded a higher level.

All of you who have access are welcome to read the “Monitora Programów Lojalnościowych 2019” [Loyalty Program Monitor 2019], because it is worth it!

Post Scriptum. The results of the survey are discussed on the portal wiadomościhandlowe.pl on August 29, 2019, which you can read at this link: https://www.wiadomoscihandlowe.pl/artykuly/sieci-spozywcze-i-drogeryjne-przywracaja-polakom-w,56537

The author is the CEO and co-owner of the i360 company specializing in the organization and management of B2B incentive programs (www.i360.com.pl), repeatedly classified as the leader of the category “Has the ability to organize effective loyalty programs”, honored with Forbes Diamond and Business Gazelle, which has implemented the information security standard ISO27001.