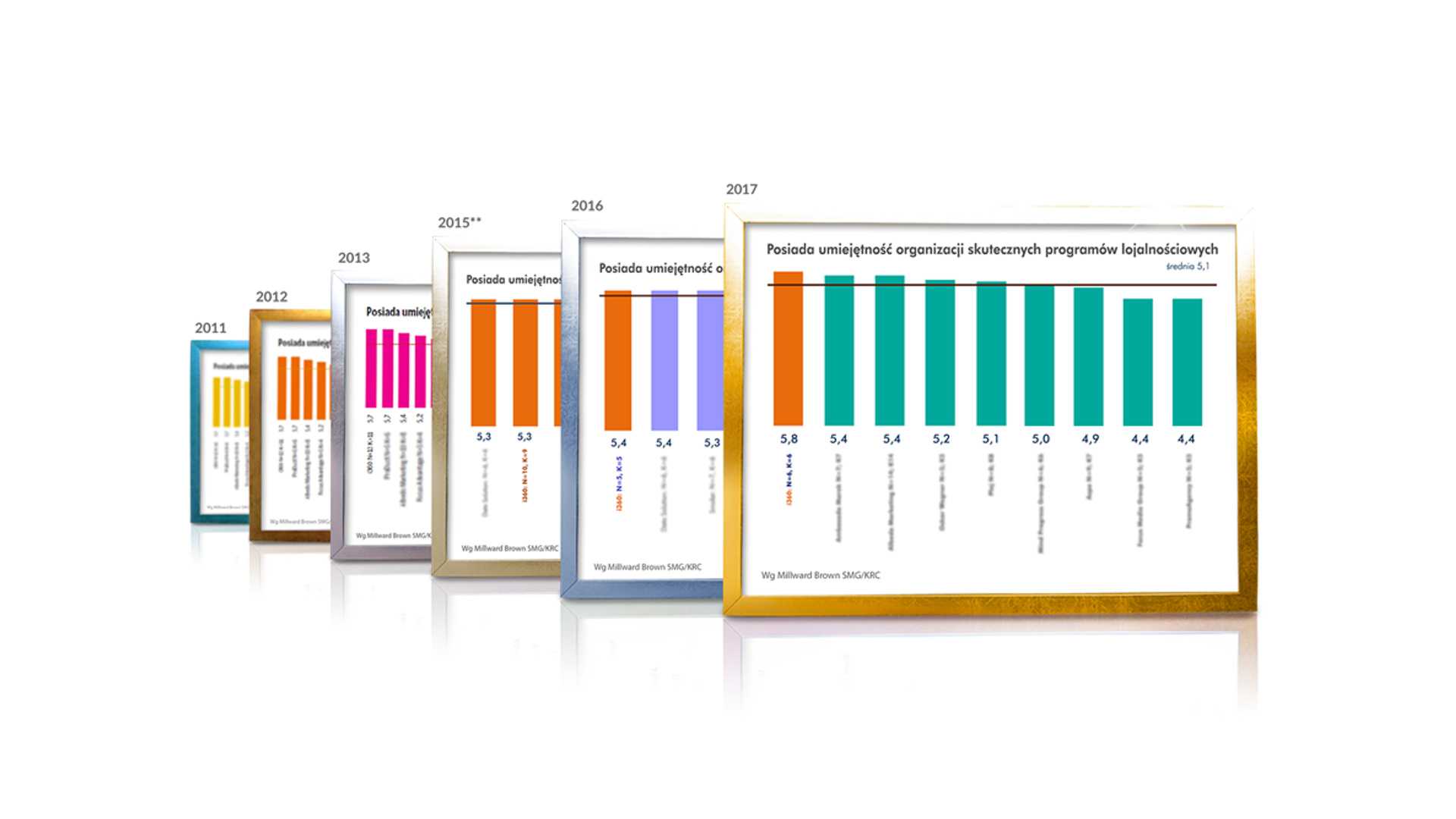 In the publication No. 7-8 (458) (July-August 2017) “Report of Integrated Marketing Agencies”  of the monthly magazine “Media & Marketing Polska”  i360 took the first place in the key category “has the skills to organize effective loyalty programs” scoring 5.8 on a six-point scale, where rating 6 is the highest possible. This result means that for the sixth time in 2011-2017  i360 was rated the highest of all professional service providers on the Polish market. In addition the rating obtained this year is higher than last year (5.8 in 2017 against 5.4 in 2016).

It’s worth emphasizing that i360 took also the first place in the categories “Satisfaction from strategy, research and analysis”, “Applies new technologies in the implementation of projects”, and “it understands the idea of integrated communication”. On the second place among all classified entities i360 has been rated in the categories “Agency services are worth the money that you pay them” and “It knows a given product category and its market situation”.

The survey was conducted by Kantar Millward Brown from 23.01 till 06.03.2017. The initial test is a combination of lists filled out by service providers provided to the editorial team of ” Media & Marketing Polska”. The sample was 4,420 people. Interviews by phone were carried out with 1,132 people. Only those persons who claimed that they personally cooperated with a given agency in 2016, were asked to evaluate each of the entities.

2
Skip back to main navigation