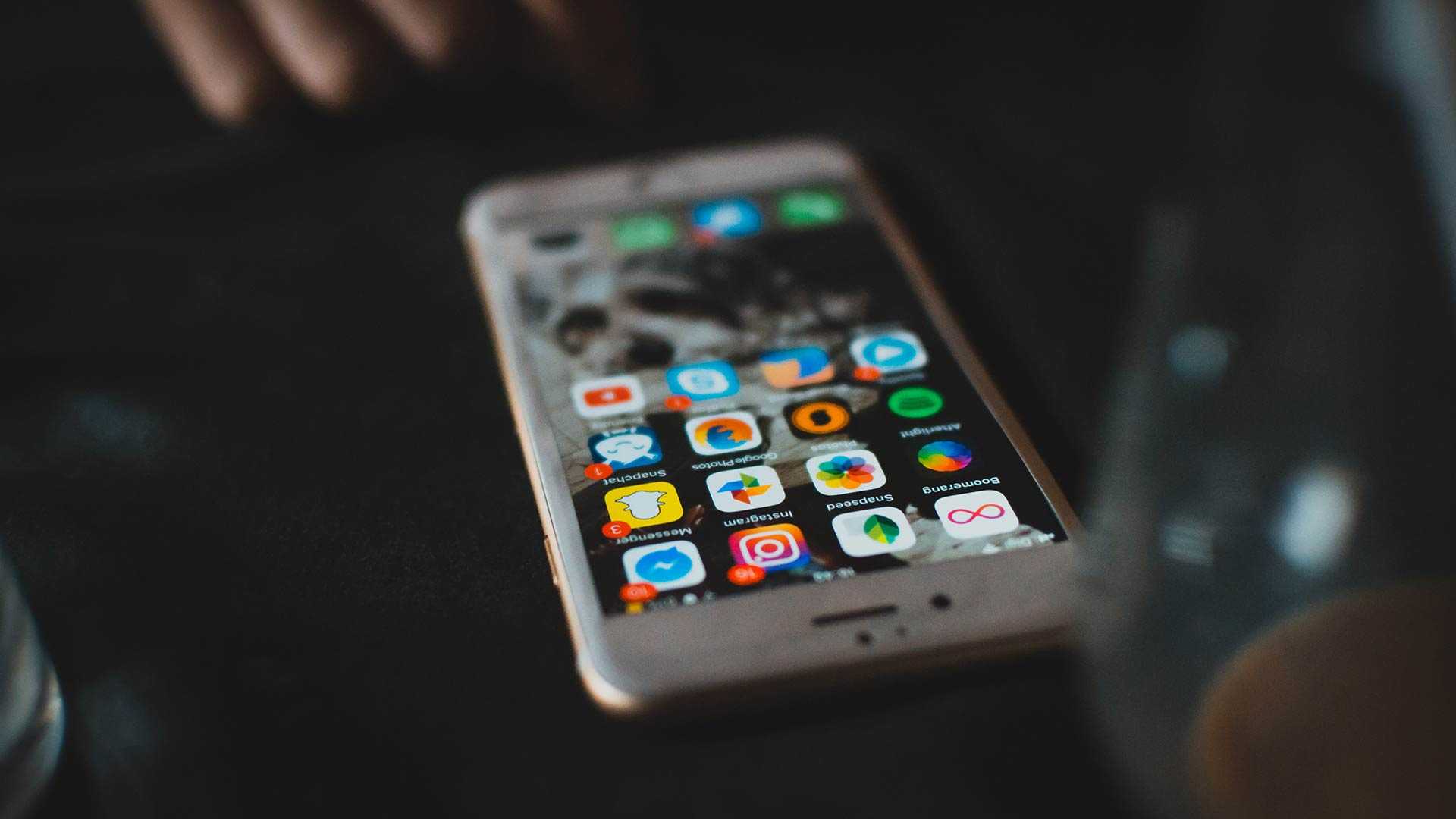 The following text has been posted as an introduction of the study “Monitor of Loyalty Programs 2018. Results of the syndicate research, edition VIII, August 2018”.

The market of loyalty programs is professionalizing. A breath of novelty, as is often the case, comes from across the ocean. This time not from the United States, but from the French-speaking province of Canada – Quebec, where in November 2017 the Parliament passed the so-called Quebec Bill. Pursuant to point 187.8 of this act, it is forbidden to blank out points issued in loyalty programs addressed to final buyers [1] which makes them de facto indefinite. Similar legislation was introduced in the province of Ontario. This operation was the effect of, widely described in the local press, the so-called Canada’s loyalty tsunami resulting from the action of mass extinction in the Air Miles program. Supplementing this information with the planned occurrence of the Air Canada airline from the multipartner Aeroplan program to start independent loyalty activities and to close the Plenti program on the US market as a result of leaving the coalition by Rite-Aid, Macy’s (which, as a model of former Payback program partners, decided to launch its own loyalty program), Alamo and four more partners, we can confidently say that the concept of multipartner programs does not have the best streak over the ocean.

On the Polish market, in the last 12 months that have passed since the publication of the previous edition of the “Loyalty Program Monitor”, there were also changes. During this time we observed the closing of loyalty programs such as, for example, SPAR loyalty cards or the  Toyota Bank Benefits Club and establishing new loyalty programs, for example: Partnerplus – PKS Polonus or Frisco Fruits – Frisco.pl.  Many programs have also undergone a revitalization process, under which the Dr Irena Eris Holistic Club program turned into Pretty Zone, Miles&More changed the rules for calculating miles, Circle K changed the login rules to CircleK Extra Club by entering CircleK ID, and Payback acquired, among others, Insurance CUK, Kaufland and (regained) Allegro, losing the Energa and mBank partners. Finally, it is worth noting the transition of the Salad Story organizer – Urban Fresh from loyalty through cards with stamps to a mobile application. These are just examples of changes taking place on the Vistula.

One of the most interesting events is the start of the GPDR, which resulted in a change in the regulations of most loyalty programs and continuation of the changes under which plastic ID cards are replaced by mobile applications, as for example in the Hebe loyalty card program, the Natura Drogeria Natura Club (Costa Coffee also officially announced to liquidate the plastic card and switch to a mobile application) or the possibility of identification at the cash desk via a telephone number as in the Super Pharm network under the LifeStyle program (this possibility existed for many years in other programs but had a kind of character of guerilla operations not recorded in the regulations, Super Pharm officially communicates this option to the participants). Other noteworthy events are the announcement of information via the Tesco Clubcard, that the program stops supporting its application in the version for Windows Phone, popularizing lotteries organized for the participants of the programs eg. the birthday lottery of the Natura Club organized by Drogerie Natura and finally the widespread use of communications related to the Winter Olympics in loyalty programs – for example counting points depending on the length of jumps made by Polish players or giving footballs for the Football World Cup by official sponsors and those, who at the occasion of the World Cup, decided to win something for themselves. The launch of mobile applications by McDonalds’s and KFC fast food chains is also important for the future of the market, which, through them, offer rebate coupons to participants and the possibility of placing an order outside the queue at the restaurant (KFC). Also on the less transparent market, i.e. the B2B market, the mobile trend is clearly visible. An example is the multipartner motivational program ElektroKlub addressed to a group of professional electricians, in which a mobile application has been launched to facilitate participation.

From the report “Monitor Loyalty Programs”, which you are reading, emerges a picture of the livelihood of the loyalty market in Poland. The participation rate is 62%, which means that the market has recovered the last 5 years and reached the level of declared participation from 2013, recording an increase of 4 percentage points since last year. Never in the history of the free market economy in Poland has this indicator recorded a higher level [2]! The market leader in terms of the declared level of participation remains the same as last year. My Biedronka, while in the ranking of qualitative ratings, the Rossmann network programs have been the most invariable for years. The highest, by as much as 6 percent points, increase in participation in the last 12 months was recorded by PayBack, which seems to be the effect of joining the Kaufland network. Statistic Kowalski participates in 2 loyalty programs (average of 2.43) and even in the group of very active participants this value does not exceed 3 programs. What benefits does a loyalty program give to an average Polish person? These are mainly discounts and rebates (54%) and paying with collected points for purchases (31%). It is significant that the exchange of points for awards declare the same number of respondents as the return of a part of the amount spent (16% vs. 15%) whereby it should be noted that there are several programs based on the moneyback concept in Poland, and programs based on points – several dozen. The role of mobile applications is growing. The use of them is already declared by 60% of participants in loyalty programs (against 53 % in 2017 and 38 % in 2016).

The novelty of this year’s study is to supplement quantitative data about the results of qualitative research. The opportunity to listen to participant’s conversations about their experiences of participating in loyalty programs was very informative. This part of the study shows that active participants of the programs are very aware of their rules and privileges … or their lack. There was a long discussion about the lack of real (hard) solid benefits in the market leader program “(…) they did not know themselves what the card was for. Well, some points will be collected, for the time being they are newbees, later something will be, maybe it will not be …“. In this part of the study, we also find the justification for the growth of popularity of mobile applications, which are: promotions tailored to the needs of participants based on the purchase history, i.e. the use of database analysis in practice and the possibility of virtual card identification. As digression in this place, it is worth adding that it was only recently that we found out, what the purpose was of collecting points in the Rossmann Club mobile application, for even the cashiers who were inquired could not answer. Rossmann made it possible to convert the collected points into coupons with a personalized offer, de facto discount vouchers for certain products from the drugstore offer. Surprise and high added value of participation in the qualitative part of the study, it was an observation for me that the nuances decide about the market success of the program, for example the fact that the rebate offer currently granted is important, and not future purchases. It often turns out to be a decisive factor in the overall assessment of the loyalty program.

Preparing to summarize the events of the last 12 months on the market of loyalty programs, I review the received communication from the organizers. And because, as befits professionals, we participate in i360 in each of the loyalty programs, whose existence we are aware of, for 12 months we collected and archived tens of thousands of advertising messages sent to participants, such as e-mailings, text messages, post mailings and monthly communication reports of programs via websites and mobile applications. The analysis shows that the organizers of loyalty programs base their actions on the communication of offers of a price nature (the chain of drugstores leads the way) offering discounts and additional points (domain of petrol station and Payback programs) giving the communication a tailored character and this to the season, and public holidays or occasional holidays. After a few hours of analysis I wonder how consumers find it. Or maybe they do not find each other and that’s what madness is about?

Summarizing. The society is growing. Participants of loyalty programs do not want drills and juicers from the catalog of awards, on which points are collected over the years. “It just discourages me from starting, I ask how the seller offers me a card and I say what I will have from this. And you will have points. What about these points? Well you will be able to exchange something”. Respondents are very aware of the role of personal data and are even more sensitive to the collection of a too wide range of data. They want status, distinctions from other buyers, and even prestige: “For example, promotions for participants (…) so that you can go, drink coffee, look at clothes. Or an evening only for ladies, like on Women’s Day, where women are invited from the card, there is champagne, fruit (…) and a new collection”. They need individual treatment and the possibility of using vouchers or paying points for purchases – current, and not the future and preferably using the discount offer based on the history of their purchases provided in the mobile application. An ideal loyalty program should also offer additional opportunities, such as not needing a cash receipt for the purposes of claiming or returning goods. And finally on the question “And how do you imagine the future of loyalty programs?” – they answer “Everything on the phone”.

I invite you to read the Monitor of Loyalty Programs 2018 and I wish you a lot of success in your daily work.  dr Tomasz Makaruk

[1] 187.8. Subject to any applicable regulations, any stipulation providing that the exchange units received by the consumer under a loyalty program may expire on a set date or by the lapse of time is prohibited. Por. s. 23 Bill 134 (2017, Chapter 24), An Act Mainly To Modernize Rules Relating To Consumer Credit And To Regulate Debt Settlement Service Contracts, High-Cost Credit Contracts And Loyalty Programs, Québec Official Publisher 2017. [2] Based on the analysis of the “Monitor of Loyalty Programs” research for the years 2010 – 2017 and the “BTL Monitor” research for the years 2005 – 2010. 2
Skip back to main navigation